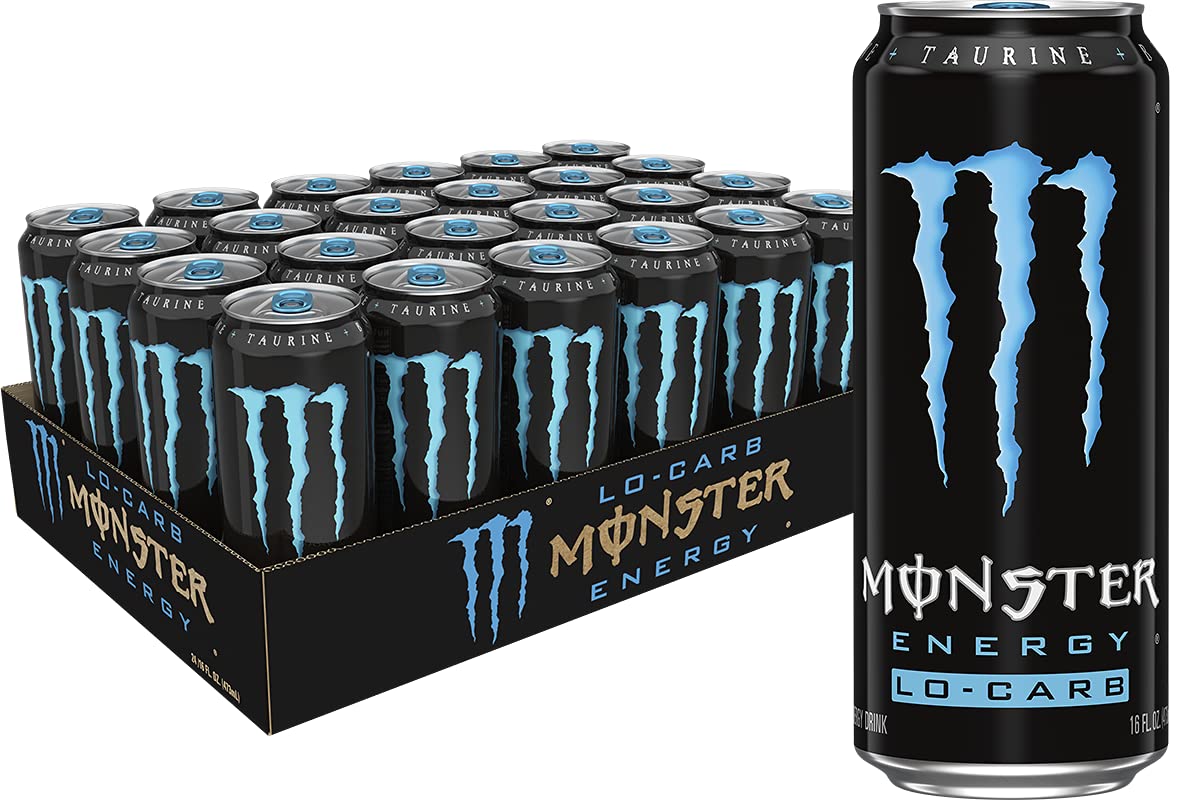 Tear into a can of the meanest energy drink on the planet, Lo-Carb Monster Energy. Low calories, no compromise. That’s what Lo-Carb Monster Energy is all about. Get the big bad Monster buzz you know and love, but with a fraction of the calories and carbohydrates. Athletes, musicians, anarchists, co-ed’s, road warriors, metal heads, geeks, hipsters, and bikers dig it- you will too. Unleash the Beast.

Tear into a can of the meanest energy drink on the planet, Monster Energy. It’s the ideal combo of the right ingredients in the right proportion to deliver the big bad buzz that only Monster can. Monster packs a powerful punch but has a smooth easy drinking flavor. Athletes, musicians, anarchists, road warriors, metal heads, geeks, hipsters, and bikers dig it- you will too... Unleash the Beast!

The Zero Sugar and Low-Calorie version of Original Monster Energy. People have been blowin’ up our inbox for years asking for a low-calorie Monster. We got it, but this ain’t soda pop, dude! Making a low-calorie, zero sugar drink that’s good enough to earn the Monster ‘M’ ain’t that easy. Finally, with a re-tooled energy blend, new sweetener system and after hundreds of failed flavors, we absolutely got it right!